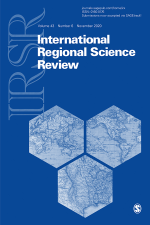 Informed regional policy needs good regional data. As regional data series for key economic variables are generally absent whereas national-level time series data for the same variables are ubiquitous, we suggest an approach that leverages this advantage. We hypothesize the existence of a pervasive “common factor” represented by the national time series that affects regions differentially. We provide an empirical illustration in which national FDI is used in place of panel data for FDI, which are absent. The proposed methodology is tested empirically with respect to the determinants of regional demand for housing. We use a quasi-experimental approach to compare the results of a “common correlated effects” (CCE) estimator with a benchmark case when absent regional data are omitted. Using three common factors relating to national population, income and housing stock, we find mixed support for the common correlated effects hypothesis. We conclude by discussing how our experimental design may serve as a methodological prototype for further tests of CCE as a solution to the absent spatial data problem.

END_OF_DOCUMENT_TOKEN_TO_BE_REPLACED

Copyright © The Hebrew University of Jerusalem
Developed by Gizra